Joeboy
Advertise Your Business With Us
Movies 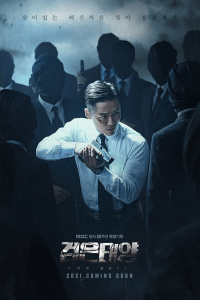 The Veil Season 1 Episode 1-5 [Korean Drama]Han Ji Hyuk is the top field agent in the NIS. He is held in awe by his colleagues for his perfect record and skill at completing missions. He had been driving an organized crime syndicate into a corner when he vanished off the face of the earth, but he returns a year later to shake up the syndicate once more.