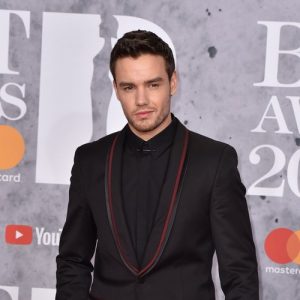 Liam Payne has joined forces with his college friend on his comeback single.
The 27-year-old star – who shot to fame as a member of One Direction – has been in the studio with producer S-X working on his first new music since his 2020 track ‘Naughty List’ featuring Dixie D’Amelio.
S-X – whose real name is Sam Andrew Gumbley – told the Daily Star newspaper’s Wired column: “Liam is a good friend of mine and we’ve got stuff coming soon.
“I don’t want to say too much as you know how those One Direction fans get – when I mention him I can’t even open my Twitter. But we’ve got a song coming and it’s a smash.
“It’s sooner than you think and that’s all I can say.”
S-X described his pal as “one of the most genuine people” in the world.
He added: “We’re both from Wolverhampton and I was in college with him at the same time, and going from that to global stardom at 17 is not normal for any person.
“To have toured the world, done stadium tours and everything, he is one of the most famous people in the world. So he will go through scrutiny from the media and whatever, but I can tell you he is one of the nicest people, one of the most genuine people I’ve ever met.
“He’s a real good friend of mine.”
Since 1D – also comprising Niall Horan, Harry Styles and Louis Tomlinson – announced their hiatus in 2015, Liam has released a string of singles, including ‘Strip That Down’, ‘Get Low’, ‘For You’ with Rita Ora, and ‘Polaroid’.
The music star released his debut solo album ‘LP1’ in December 2019, while he released the EPs ‘First Time’ in 2018 and ‘Midnight Hour’ with Alesso last year.