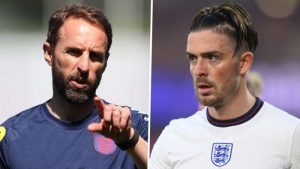 What an eerie feeling it is to see an England team so united, so talented, and led so admirably by their manager.

Even stranger that the feel-good vibes of 2018 still hover over the fan base and that England deserve their status as second favourites to win a European Championship that, with potentially six of seven games at Wembley, will play out largely on home soil.

England supporters are not used to this mix of legitimate optimism and genuine pride in the squad they will be supporting this summer.

And yet the giddy atmosphere heading into Euro 2020 and the heartfelt affection for Gareth Southgate is more precarious than it seems.