Mr Abimbola Balogun, an elder brother to the late popular clergy and founder of the Synagogue, Church of All Nations, Prophet TB Joshua has recalled his last encounter with his brother. 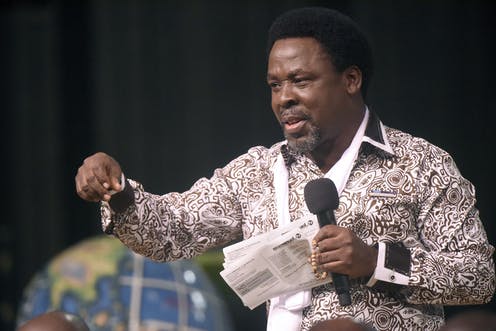 Balogun in a statement via PUNCH on Monday disclosed that the last time he saw his brother was eight months ago when he advised him to always show love to the people.

Recall that TB Joshua’s death was made public on Saturday and has continued to come as a shock to many.

Balogun, like many other people, revealed that he’s in a state of disbelief as he described his late younger brother as a God-sent to the family and the entire community because of his philanthropic gestures which affected the lives of many people.

“I SAW MY BROTHER LAST, EIGHT MONTHS AGO; AND DURING THAT ENCOUNTER, HE ADVISED ME TO LOVE THE PEOPLE AROUND ME AND THAT I SHOULD AVOID TOO MUCH LOVE FOR MONEY.