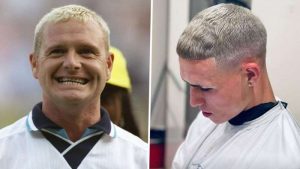 England midfielder Phil Foden hopes he can “bring a bit of Gazza onto the pitch” after he got a new hairstyle similar to that of the former Three Lions star.

The Manchester City player’s new bleached blond trim is reminiscent of Paul Gascoigne’s hair at Euro 96, when the midfielder starred as England made it all the way to the semi-finals.

Foden – who was born four years after Euro 96 took place – has played down comparisons between himself and Gascoigne, though he hopes his new haircut can bring the team some good luck.