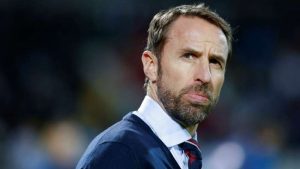 England manager Gareth Southgate has warned those who engage in racist and other forms of abuse online that they are on the “losing side” as he pledged to use his platform to help the fight against prejudice.

An increasing number of players have been subjected to racist and other forms of discriminatory abuse online in recent months.

A social media blackout was organised by the English game’s various stakeholders over a matchday weekend towards the end of the season to raise awareness of the issue, and Southgate says he and his players will continue to push for a more “tolerant and understanding” society.