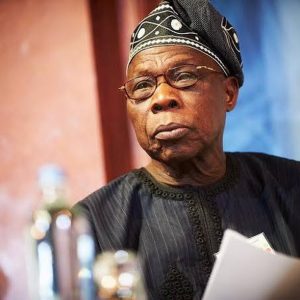 Despite his age, the politician has been able to show the world how strong and healthy he is by attending events as well as entertaining people.

In a new video that has gone viral, Obasanjo who was rocking an agbada gave guests a memorable time by taking the dance floor by storm.

Obasanjo gave guests at the event glimpse of what he can offer on the big stage and it has got people talking.