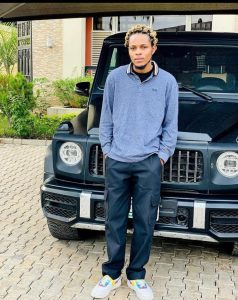 Sammy, one of the sons of Nollywood and Rita Daniels and elder brother to Regina Daniels has spilled the hard truth pertaining to marriage in his family as he justifies his mother’s alleged marriage to a younger man.

Rita Daniels has been trending recently after pictures of her tying the knot traditionally with a man alleged to be younger than her surfaced on the internet. While she has neither debunked nor confirmed it, fans have dragged her for getting married to a younger man, whilst her daughter was given out to an old man. 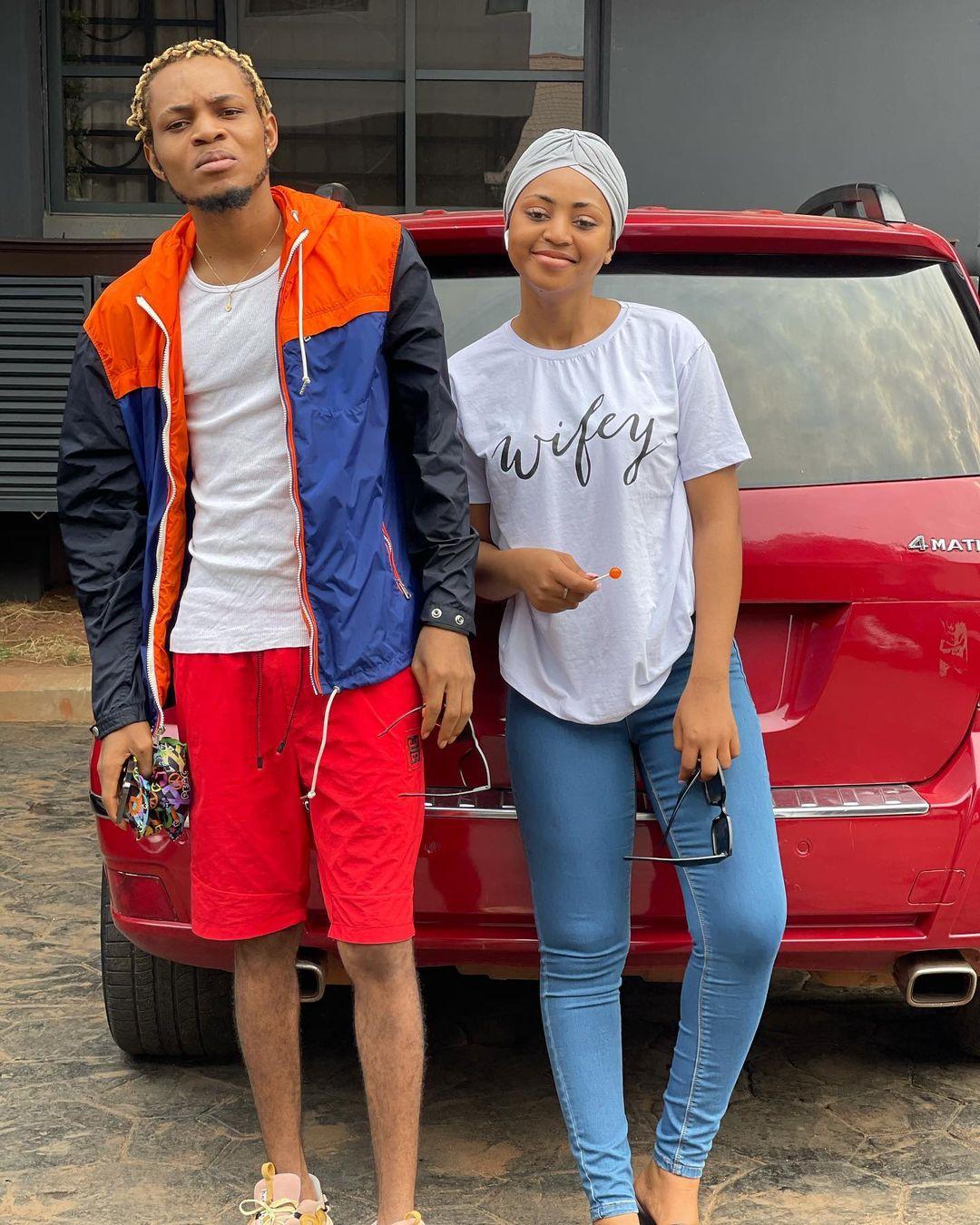 However, in his defense, Sammy has disclosed via his Instagram stories that it is an abomination for one to be old in their family and get married to another who’s also old.

Here’s what he wrote;

“for my family young dey marry old!!! Then old go marry young… nah abomination for old to marry old. Up next”. 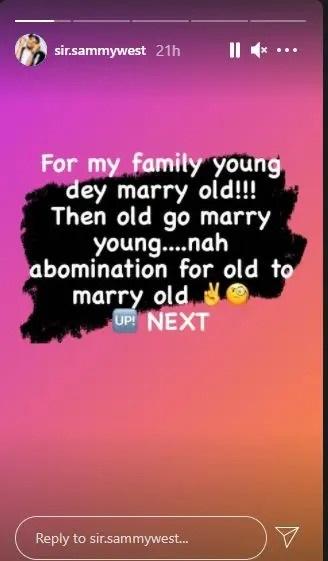