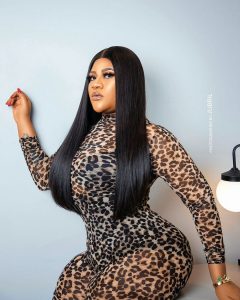 Curvy and endowed Nollywood actress Nkechi Blessing Sunday has taken to social media to attack fans who are fond of criticising runs girls making it big in the country.

Nkechi Blessing who has never been short of controversies noted that it’s sad to see people criticize ladies making it big in the country.

According to the star actress, people tend to forget that they have the same attributes these so-called runs girls are using to make money and are still broke.

She urged haters to make use of their endowment to make money if it’s easy.

“Na P*ssy na p*ssy, but una sef get the same p*ssy but still broke and hungry… if na so e easy, use your own p*ssy and allow person breathe” 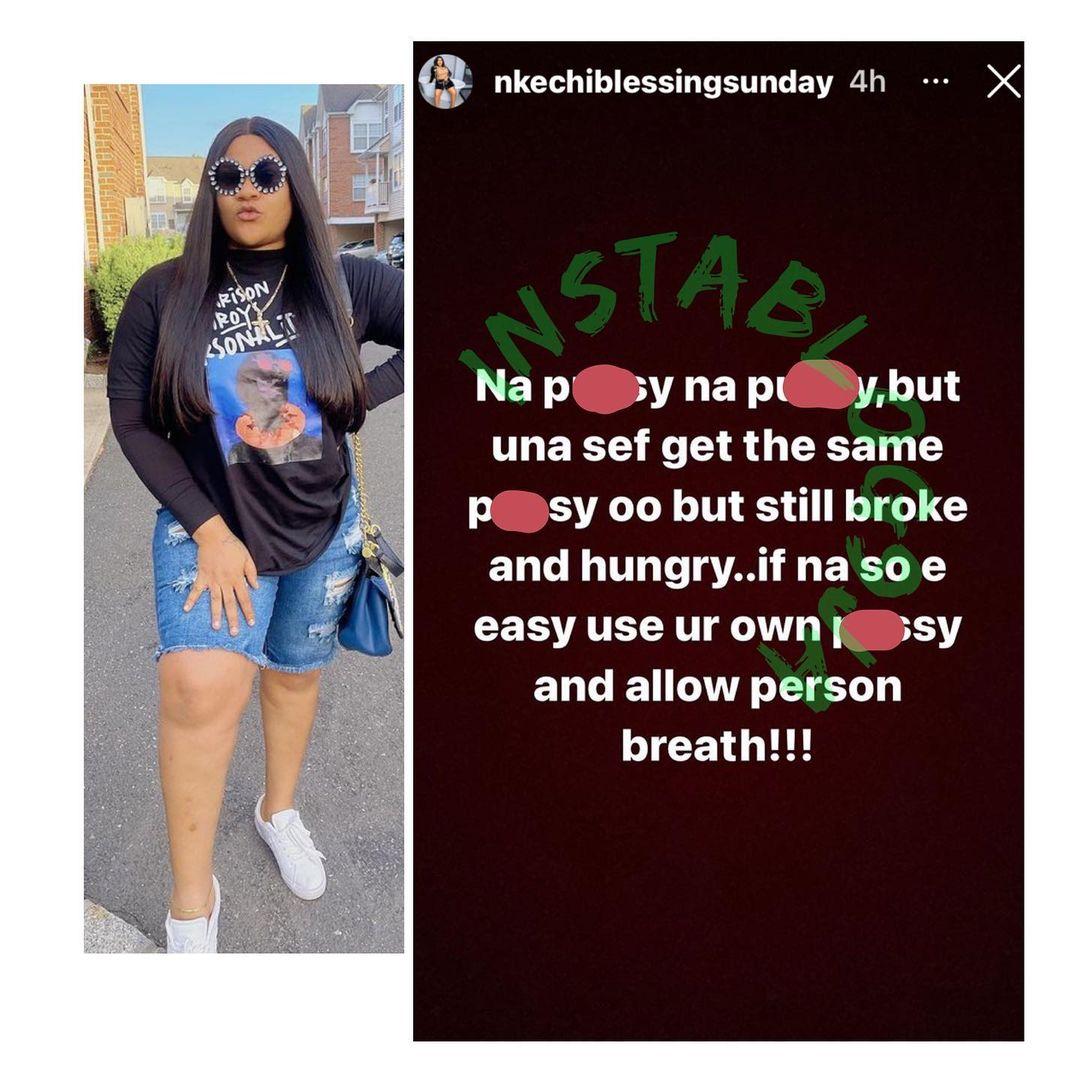