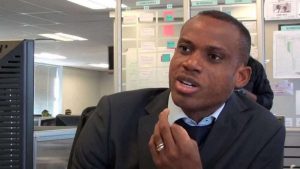 Gerard Moreno gave Villarreal the lead in the first half, before Edinson Cavani pounced in the area to make it 1-1.

However, both teams were separated by kicks from the penalty mark as the score line remained unchanged after 120 minutes. There, De Gea’s kick was saved by the outstanding Rulli.

“Felt like a David vs Goliath scenario to some. But as those who have watched Villarreal regularly in La Liga and the Europa League will tell you they were programmed to win this trophy.