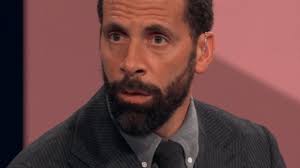 Ferdinand believes Henderson has ‘not done enough’ to De Gea as Man United’s No. 1 goalkeeper.

Henderson has been battling De Gea for the No. 1 shirt at Man United throughout the second half of the 2020-21 campaign.

But De Gea started for Man United as they lost 10-11 on penalties in Gdansk following a 1-1 draw after 120 minutes.

The Spain international failed to save any of Villarreal’s 11 penalties – including a strike from rival goalkeeper Geronimo Rulli – before missing his own spot-kick at the end of a marathon shootout in Poland.

Asked who he believes should be Man United’s No. 1 next season, Ferdinand told FIVE: “I just don’t think Dean Henderson has done enough to drag the No. 1 shirt off of David de Gea, that’s my thoughts.

“If he came in and set the world completely alight, you’d have no problems with making him No. 1. But I don’t think he’s come in and hit everyone between the eyes with his form.

“I think he’s got potential but is it for right now? David missed the penalty tonight. Does that mean he’s not the right goalkeeper? I don’t think that should determine whether you’re No. 1 or not.

“If you give it to Henderson, what’s it based on? He didn’t cover himself in glory against Liverpool [in a 4-2 defeat at Old Trafford earlier this month].

“David was great against Roma [in the Europa League semi-finals]. They could have scored six goals if it wasn’t for him in goal.

“David hasn’t saved a penalty since 2016, so to expect him to go into that shootout and pull up trees is a bit unrealistic given his record.”