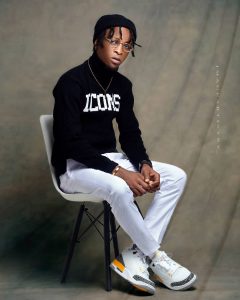 Former Big Brother Naija housemate, Laycon has arrived in Liberia for a meet and greet with fans and lovers, a move that excites them.

Laycon won the fifth edition of the Big Brother Naija reality show some months ago and has been consistent in keeping his name on the lips of fans.

The young talented rapper has been able to build a reputable fan base across the globe, dishing out hit tracks for them.

Laycon is set to meet his fans and lovers based in Liberia for the first time after his victory at the BBNaija show and they gave him a grand reception upon arrival.

He was welcomed by a large crowd at the airport, a move that shows how far he has been able to walk his way into their hearts.