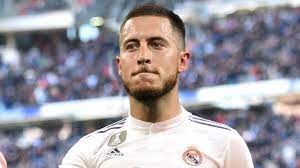 Chelsea have decided against making Eden Hazard’s return to Stamford Bridge a priority this summer, according to Sunday World.

Reports in Spain had earlier claimed that the forward is looking to leave the Spanish capital at the end of the season and his preference is to return to Chelsea.

The Belgium international joined Real Madrid from Chelsea in a £130 million deal in 2019 but is now seen as a flop by many Real fans having struggled to make an impact during his time in the Spanish capital.

Hazard started only seven games in La Liga this season, while Los Blancos ended the campaign without a trophy for the first time since 2010.

The report has it that Chelsea have been made aware of Hazard’s desire to return to west London but added that the player is not considered a priority by Stamford Bridge hierarchy.

Chelsea are said to be exploring the possibility of signing a world-class striker instead with Borussia Dortmund’s Erling Haaland and Inter Milan’s Romelu Lukaku seen as potential arrivals.