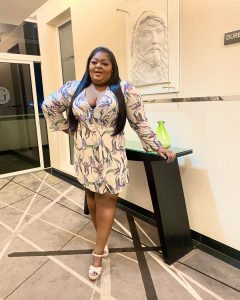 Nollywood actress, Eniola Badmus has schooled a curious fan who believes she’s depressed due to the situation of things around her.

Eniola Badmus is ranked high in the entertainment industry but that has not stopped her from being questioned by some monitoring fans on social media.

However, Eniola Badmus answered by revealing that she’s not in competition with anybody and not owing people money.

She noted that she’s eating what she wants and despite the situation of things in the country, she’s still putting a smile on the faces of some people.

Read her conversation with the fan below: 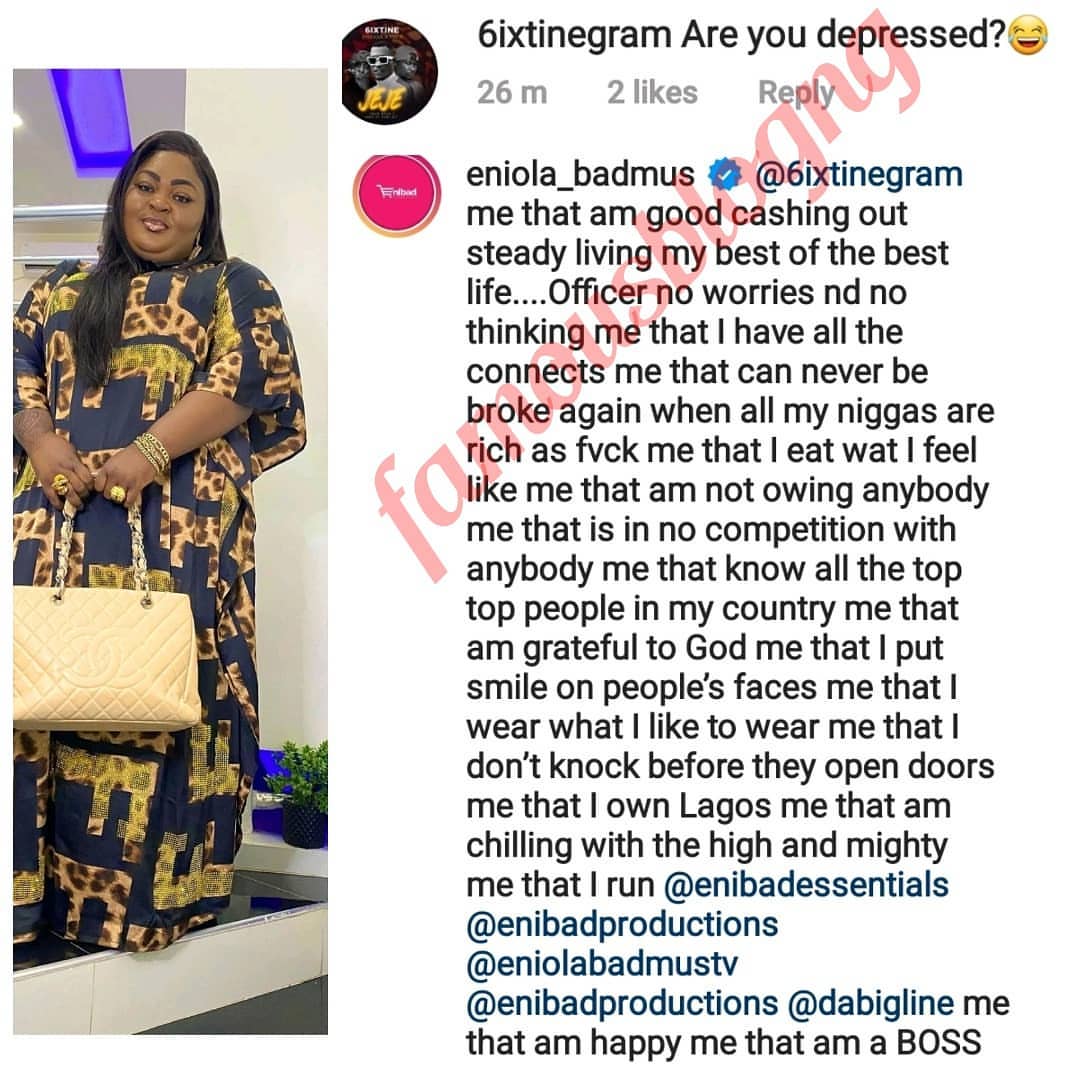