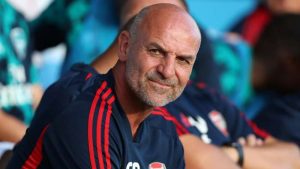 Gunners legend Bould has been sacked after 30 years of service to the north London club, along with ex-PSG coach Mazziotti

The big summer shake up at Arsenal has already started, with Steve Bould losing his job as Under-23s coach.

The club legend, who took over the U23s set-up from Freddie Ljungberg in 2019, has given 30 years of service in north London as a player and coach.

He has now been sacked following a difficult season for the U23s, and Goal has learned he has also been followed out of the door by Bruno Mazziotti, who has left less than a year after joining the medical and performance team from Paris Saint Germain.