Joeboy
Advertise Your Business With Us
GIST

OPINION: “I Don’t Earn Money From Nigeria, I Catch Cruise Here” – Is Burnaboy Right or Wrong? (See This) 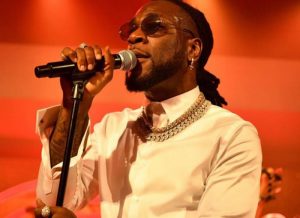 Some hours ago, Nigerian artiste and Grammy-winning singer, Burna Boy on Twitter claimed that he doesn’t earn a living from Nigeria, that he only catch fun here. 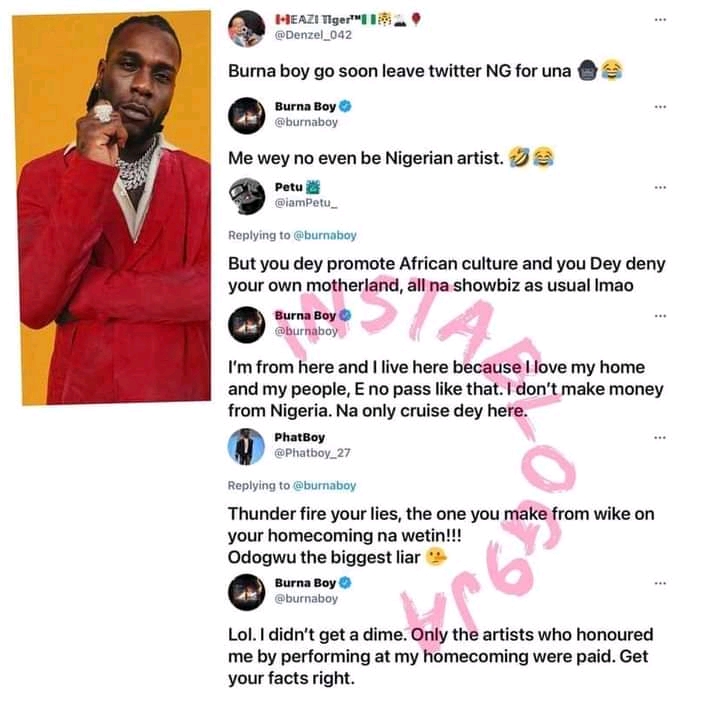 This very statement got everyone talking, some people said he’s an ingrates and all that. But is Burnaboy Right or Wrong? Are Nigerian Artistes such as Davido, Wizkid and other big music act truely earn a living from music here in Nigeria?

The answer is YES/NO.

Burnaboy is right. Personally, I see nothing wrong with what he said. In fact, dude is indirectly passing out a message to all of us. He’s telling us their source of income. Most of these guys don’t earn from music. Some are into illegal businesses. Drugs!

How many Nigerians stream music online? You reading this post, how many times have you paid to stream Burnaboy’s, Davido or Wizkid’s songs? When music blog is everywhere to download for free?

How many concerts do these artistes host per year? How many shows and how much are they paid? How much is one of their car, mansions and luxury lifestyles? Do the calculation and tell me if these guys truely earn from music here in Nigeria.

On Burnaboy’s case, dude is right. Even his homecoming concert in Rivers, some people thought Wike gave him millions of naira..but that’s not true! He wasn’t given a dime.

Nigerians can only promote an Artiste, give you the necessary hype and popularity until the whole world know about you. We don’t spend much money on music here. Only foreigners does, because they pay for everything. Hundreds of dollars. They don’t download for free, not allowed.

Burnaboy never said he’s not from Nigeria. Go through the tweet again.

Have you wondered why Wizkid, Timaya, others base in London and other foreign countries? Because that’s where they run their shit legally and illegally and earn millions of dollars.

Y’all don’t know what some of those guys are into. Including Davido. David base in Nigeria because of his parents, in case you don’t know. Even Olamide does not earn from music alone. I believe he has a coded source of income. He’s a married man, more responsible than most Nigerian celebrities, so you don’t expect him to start jumping from one foreign country to another, leaving his family behind.

If you focus on music alone, you’ll die broke here in Nigeria. How much endorsement deals do they bag? Sport betting, telecommunication and mobile phone companies. What else? How much?

Still on Burnaboy’s case. Nothing like pride in that statement. Dude is starting the obvious fact many of us don’t know. Even American artistes, especially the Rappers, don’t earn from music. They’re street Hustlers, gangsters, drug dealers. Some of you know this. So what makes you think African artistes are not doing same thing. Lol