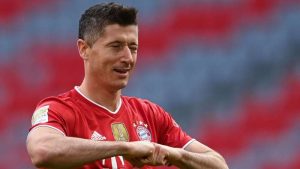 Lewandowski has enjoyed an illustrious career in German football spanning 11 years, having left Poland to join Borussia Dortmund in 2010.

He moved to Bayern four years later, where he has solidified his reputation as one of the best strikers in Europe, but the man who used to serve as his agent says his main goal was once to play for Spanish giants Real.