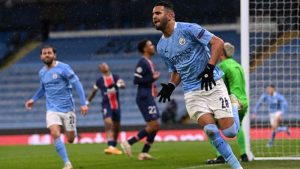 Mahrez made his name at Leicester, who he joined from Le Havre in France’s second tier in 2014. After winning the Premier League with the Foxes, he moved to Man City and has become an important member of their squad – even if that means he is often a substitute.

For the Algeria international, though, that is no problem.