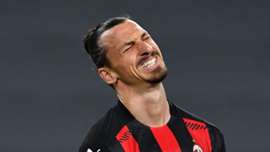 It had been hoped that the AC Milan striker merely suffered a ‘slight knock’ but he will no longer feature for Sweden in this summer’s competition
Zlatan Ibrahimovic has been ruled out of the upcoming European Championship due to injury, Sweden’s national team has confirmed.

The AC Milan striker pulled up with a knee injury in the second half of the Rossoneri’s recent 3-0 thumping of Juventus.

Head coach Stefano Pioli had originally hoped the injury was merely a knock but it now appears the 39-year-old will need a substantial amount of time to recover.