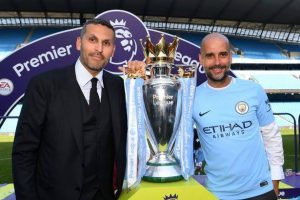 Manchester City football club are in a secret legal battle with the Premier League over their financial fair play investigation according to new reports.

In 2019, the premier league announced they would look into the finances of the club but didn’t elaborate further.

However, according to the New York Times, new documents show the club are now challenging the Premier league in the civil courts over an undisclosed matter but have kept proceedings private.

Should the club be found guilty, the Premier League’s rules state they could be punished with a points deduction or a fine.

The report in the New York Times comes after City successfully had a two-year ban from UEFA competition overturned by the Court of Arbitration for Sport in 2020.

City are closing in on their fifth Premier League title, as they sit 13 points clear at the top of the table with four games to play.

And Pep Guardiola’s side can wrap up the title on Saturday if they beat Chelsea at the Etihad.