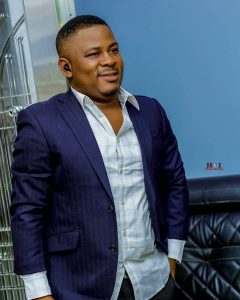 He wrote: I bless God for he has blessed me with a wonderful Gift, Halleluyah.

Yomi Soyombo is one of the fast rising Yoruba movie Nollywood actor, who has been making wave in their chosen acting career. He is a talented actor, film producer, writer, production manager, Location manager, and CEO at DWMPE( Definition World Movie Production and Entertainment). Yomi Soyombo is known very well for his role in the movie titled ” Adediwura” in 2018. Yomi began his acting career in 2008 and still active till present, which is about 13 years ago.

He is also an MC, Idea developer, and event builder. Yomi Soyombo is talented, gifted, creative, versatile, and exceptionally good in roles interpretation given him by the producers and directors, which he does perfectly well. He has written two movies and produced one to his credit. His style of acting is loved by his fans due to his actions in the movies. Yomi Soyombo as fast rising actor in the movie industry has worked with many star actors like Odunlade Adekola, Muyiwa Ademola, Madam Saje, Lola Idije, Afonja Sanyeri, Ibrahim Chatta, Okele, and many others.

See some of the comments below;