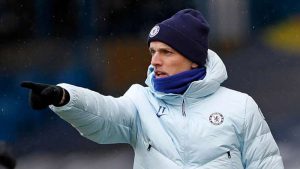 Having taken charge of Chelsea mid-way through the season, the summer transfer window is likely to be an important one for Tuchel.

The German coach has said it is imperative the players are comfortable with any new arrivals, and may canvas his squad for their opinions on targets