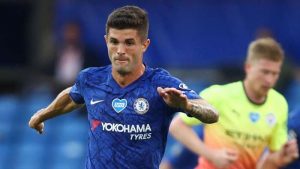 The Citizens have lost none of their three matches against the Blues at the new Wembley Stadium
Chelsea will be playing Manchester City this weekend in the FA Cup semi-finals at Wembley Stadium in London.

The Blues are looking to reach the final for the 15th time. Only Arsenal (21) and Manchester United (20) have reached the finals more times.

Chelsea vs Manchester City Latest Odds
The Londoners have won all their last four FA Cup matches in regulation time, scoring 10 goals in the process and conceding one. Bet9ja backs them to win the game at (1.82).