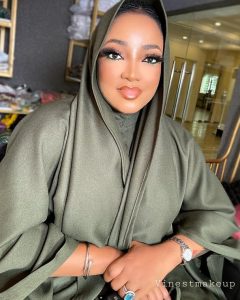 Sotayo Ogaga who revealed a few weeks back that she actually got married years ago and not in 2021 as many had assumed after the picture she posted share a video of herself the palace of Uke Kingdom in Nasarawa State.

Sharing the video, she wrote:

So today i officially become the Queen Mother of Uke Kingdom Nasarawa.

Watch the video from the coronation ceremony below: