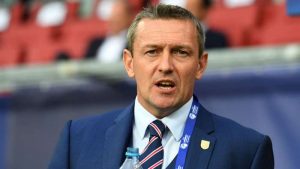 The Young Lions will not be in the knockout stages of the major championship this summer after being sent packing at the group stage thanks to a dramatic late goal from their opponents in a 2-1 victory over Croatia which saw a quarter-final spot fall agonisingly out of reach.

Boothroyd can look back on success at the 2018 Toulon Tournament, while a number of promising talents have made a step up into the senior squad.