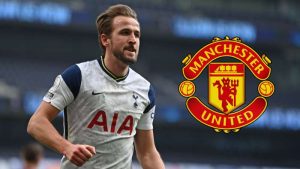 Harry Kane “must be thinking” about a potential switch to Old Trafford according to Roy Keane, who says the Tottenham star “fancies” Manchester United.

Kane’s future has been a topic of much speculation in recent months, with the experienced striker being tipped to walk away from Spurs in the summer in order to fulfil his trophy ambitions.

It has been suggested that Tottenham will be unable to hold onto Kane if they miss out on Champions League qualification, and their hopes were dented by a 3-1 loss to United on Sunday which Keane believes will fuel the forward’s desire to move to Manchester.