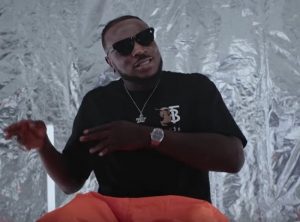 The singer was on the Africa Apple Music Radio show with show host and female disc jockey DJ Cuppy on FaceTime. Where they discussed his latest track “Somebody Baby” which he did with his acclaimed mentor Davido. He also talked about the inspiration behind his new album and just how much he learnt from other legends and music greats in the Nigerian music industry.

“You talk about humility a lot, I noticed. And so, what would you say your philosophy is as an artist and where you started versus where you are now?”

“It’s been me just learning from the people I used to watch on TV while growing up because all I knew was how to write songs and how to arrange songs. But I met people like Davido, people like 2Face, like Don Jazzy, and I just knew that okay guy, you don’t do anything about these places you are now. So the best thing is for you to just pick at least 1 to 10 good things from every legend you meet.”