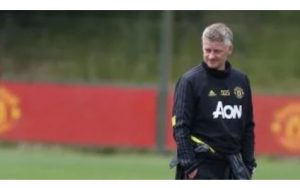 Arsenal manager, Mikel Arteta has insisted that he made his substitutions at the right time during his side’s disappointing 1-1 draw with Slavia Prague on Thursday night.

This is despite coming under fire for his decisions that have now seen Arsenal’s Europa League chances hang in the balance.

The Gunners are now in a dicey situation going into the second leg in Prague next Thursday.

Arteta introduced Gabriel Martinelli in the 73rd minute and both Pepe, Mohamed Elneny and Pierre-Emerick Aubameyang five minutes later and many Arsenal