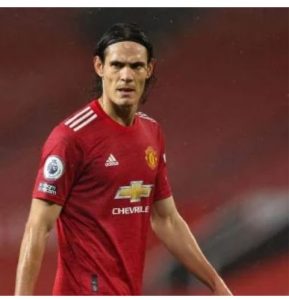 Manchester United striker, Edinson Cavani “is closer than ever” to a deal that would bring him to Boca Juniors this summer, ESPN reports.

It is understood that Boca’s vice-president, Juan Roman Riquelme, is personally taking charge of the negotiations.

Cavani has scored seven times in 27 games since he moved to United as a free agent in October.

The 24-year-old signed a two-year contract, but he and United have the option to cut short the deal in the summer.

Both parties also have the option to add an additional year in the deal.

If United decided to not execute the option, the club will have to pay him a €2million release clause.