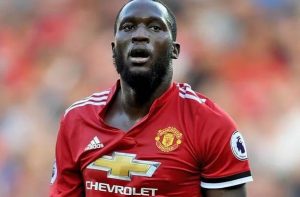 Inter Milan striker, Romelu Lukaku, believes his success with Antonio Conte’s side proves he was right to join the Serie A leaders from Manchester United.

Lukaku said this following Inter Milan’s 1-0 away win against Bologna in the Serie A on Saturday.

The Belgium international, who left Man United in the summer of 2019, scored the game’s only goal to give Inter all three points against Bologna.

The result against Bologna means Inter Milan are now closer to Scudetto glory, as they are now eight points clear of nearest challengers Milan with a game in hand.

“It is a great moment for me, I made the right decision coming here [from Manchester United],” Lukaku told Inter TV after the game.

“We have all grown a lot. We deal with pressure better and turn it into positive energy.

“This helps us on the pitch, and we need to continue in this manner.

“I’m really happy with the win – it was a complicated game.

“We took a big step and need to continue down this road.

“I’ll do everything I can to help the team because I’m nobody without my team-mates.

“The group is the most important thing. We have our aim and need to keep this up.”

Lukaku’s current contract with Inter Milan will expire in 2024.