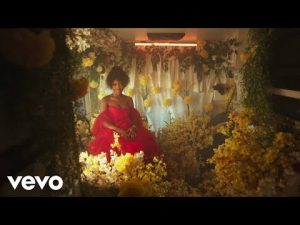 The music video release is hot on the heels of an official deal with Sony Music which includes South and East Africa and also the UK via RCA. Gyakie’s “Forever Remix” launched only a week ago but has so far been met with very positive reviews and commercial acclaim. Not only did the remix debut in 21 countries around the world, it peaked at #1 in Ghana and caused some disruption across digital streaming and social media platforms whilst still enjoying generous spins on radio.