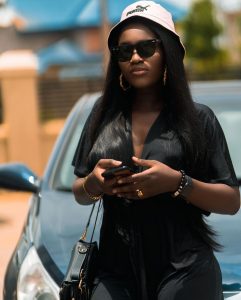 SHOULD WE KEEP THIS BODY AND LOOK, OR WE SHOULD GO BACK TO MY OLD ONE?

Actor Jamiu Azeez said; Say no to Sisi Pelebe, we want this look and body.

Also many of her fans reacted to this, and asked actress Bukunmi Oluwashina to keep the fat body.

Below is reactions from Bukunmi Oluwashina’s colleagues and fans after she asked maybe she should change her body or not.