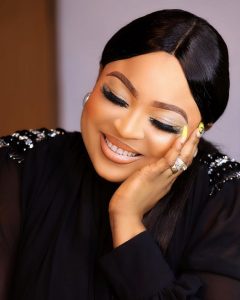 Several reactions and comments trail popular Nigerian Nollywood actress, filmmaker, and entrepreneur, Bimbo Afolayon social media wall minutes after she shared a new post on the Instagram page. In the post, Bimbo Afolayon shared a lovely photo of herself on her official Instagram account page for her fans and followers to see and show her some love. Bimbo Afolayon decided to give the post a suitable caption and she wrote in pidgin: “Who dey breathe”. The post which in turn stirred a lot of reactions and comments from her fans some important celebrities in the movie industry including Bukunmi Oluwasina, Temitope Aruga, Sotayo Gaga, Aisha Lawal to mention a few who reacted to the post, and they dropped their comments under the post.