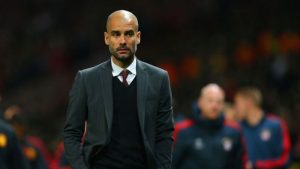 Manchester City manager, Pep Guardiola, has not forgotten the message he received when he arrived at the club from Bayern Munich in 2016, to win the Champions League or you cannot be considered wholly successful.

Guardiola revealed this after they saw off Borussia Monchengladbach 2-0 on Tuesday, to qualify for the quarter-final.

City have now won 24 of 25 matches in all competitions, but will likely encounter a top-tier continental giant in the last-eight.

“Since the first year I arrived, they told me that you have to win the Champions League.

“I’m not thinking to get to the semi-finals. I am thinking to do a good first game and a good second game.

“When you are thinking about what you are going to win, you forget what you have to do – analyze the opponent, our shape, the way we want to play, our principles, and trying to do a good game,”