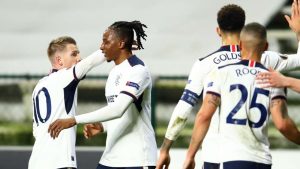 The Super Eagles stars have been playing a pivotal role for the Gers to help Steven Gerrard’s men open a 15-point gap at the top of the league table.

The Ibrox Stadium outfit narrowly missed out on the league title to Celtic last season and have recruited a number of players in their quest to clinch the coveted trophy this term, including signing Blalogun last summer.