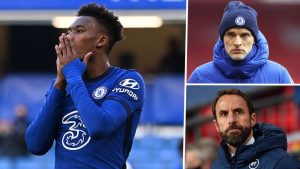 When Callum Hudson-Odoi was substituted after being on the field for just 31 minutes against Southampton nine days ago, he could have been forgiven for believing his Chelsea career was about to hit another roadblock.

The 20-year-old had been introduced at half-time by Thomas Tuchel, only for the German coach to replace him as the game entered its closing stages, citing Hudson-Odoi’s frame of mind as the reason.

“I was not happy with his attitude, energy and counter-pressing,” Tuchel said post-match at the St Mary’s Stadium. “I took him off and we demand 100 per cent, I feel he is not in the right shape to help us.”