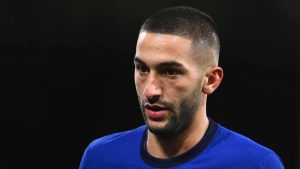 The Moroccan’s incisiveness improves the Blues in the final third, but his potential re-integration could threaten other elements of the Blues’ set-up

Given the disaster Frank Lampard’s Chelsea regime was degenerating into, the upswing in results since Thomas Tuchel took charge has been a welcome change.

The London giants had lost five Premier League games between December 12 and January 19, an extreme downturn that threatened to derail the club’s Champions League qualification. While they may still not feature in Europe’s hallowed competition next season, the change in manager has at least sparked an improvement in results and put them back in the mix for a top four finish.

Chelsea have picked up 14 points from an available 18 in the league, conceding twice in that time. Throw in the FA Cup win at Barnsley and Champions League success vs Atletico Madrid on Tuesday and Tuchel’s team have kept six clean sheets in the first eight games of the German’s reign.