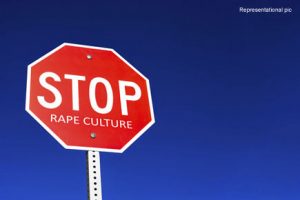 A 49-year-old grandfather has been arrested after being warded off by his 14-year-old granddaughter who he reportedly tried to rape.

B-Metro reported that the incident occurred at Bhekani Line in Ntabazinduna, Matabeleland North Province of Zimbabwe on February 8 around 3 PM.

It was learnt that after the randy grandfather barged into the girl’s room he grabbed her, started fondling her breast and stripped her naked.

The girl however fought back by grabbing his testicles, got a firm grip on it and squeezed it so hard that the man became powerless and ended up screaming for help and begging for mercy.

After warding off her grandfather’s attempt to rape her, the girl left him on the floor and went out to seek for help. She reportedly went to her grandmother’s sleeping quarters and told her what had happened.

The man who has now been arrested, has been arraigned before Bulawayo magistrate Nomasiko Ndlovu who remanded him in custody till April 23.