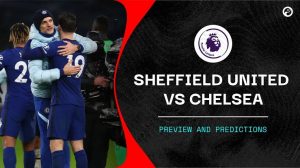 When Frank Lampard was sacked by Chelsea and replaced by Tuchel, one of the things that had been speculated was the dropping of Mount. The Englishman had been a key figure of Lampard’s team and found himself in the team more often than out. This perceived favouritism didn’t go down well with sections of the Chelsea support, who believed Mount was picked ahead of more capable players at points.