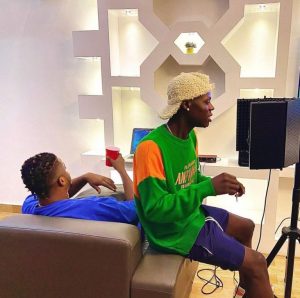 However, the masterpiece summer hit “Ko Po Ke (KPK)” is self-produced by Rexxie.

Listen to the snippet as we are waiting for the official release, and don’t forget to share your thoughts below!