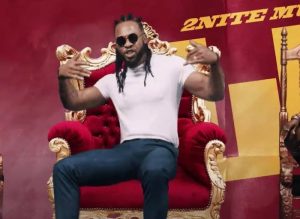 Award-winning music producer, Masterkraft releases a brand new single titled “Equipment”. To deliver this Afro-pop record he employs the services of the Ijele, Flavour. Flavour of Africa graced the song with his catchy melody and vibe, this an indigenous jam.

Recently Mastaa has been on some projects, he created an EP ‘Crossroad‘ with rapper Vector. On it, he proved he is the craft of music after introducing us to a different kind of Africa sound.

He also released an Afro-Soul beat/instrument after his Battle of Hit with Pheelz Mr. Producer to prove he is a versatile music producer. Lots of artistes jumped on the infectious Soul sound which saw Praiz creating ‘Isolation‘.