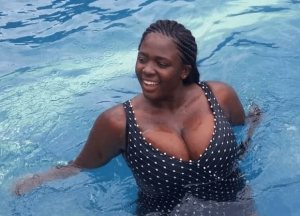 Controversial Ghanaian Actress, Tracey Boakye has disclosed an incredibly shocking information when it comes to her relationship life.
The actress who has gained wide fame through controversies surrounding her and a senior member of state has for sometime now become the talk of town.

According to the Kumawood actress, relationship has become some sort of difficult task for her lately, so she has adopted a more flexible way to go about her sexual fantasies.

She revealed that, she is now extremely picky when it comes to choosing a sex partner, and that she sends them away when she’s satisfied sexually.