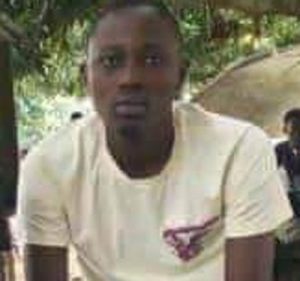 There was pandemonium in Iree, Osun State penultimate Saturday over the discovery of the mutilated body of a missing student of Osun State Polytechnic, Festus Adedoyin Ewejobi, in his room.

He was said to have been killed by unknown men at his residence on Popoola Street near Eyinade area of the town.

It was said that Ewejobi had disappeared four days earlier without a trace leaving his neighbours and friends worried. The development, sources said, prompted his neighbours to raise the alarm, leading to the constitution of a search party for his whereabouts.

According to sources, it was while the search for Ewejobi was in progress that neighbours perceived a stench from his room, fuelling suspicion that he might have been harmed.