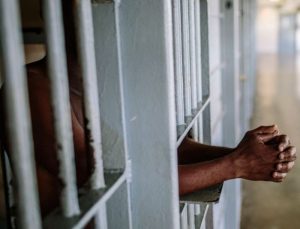 The suspect was said to have committed the offence on September 11, 2020 at about 8:00pm at Sabo Area, Osogbo.

He told the court that the offence committed by the accused person was punishable under section 360 of the Criminal Code Cap 34 Vol ll Law of Osun State 2020.

However, the accused person pleaded not guilty to the charge preferred against him.

Defence Counsel, Okobe Najite applied for the bail of the accused person in most liberal term.

Opposing the bail application made by the Defence Council, the prosecutor argued that the act allegedly committed by the accused wad rampant in the society, saying that granting him bail will send a bad signal to the society.

In his ruling, Magistrate Opeyemi Badmus ordered the remand of the accused person in Ilesa Correctional Centre.

He, thereby, adjourned the case till October 14, 2020 for hearing and consideration of bail.