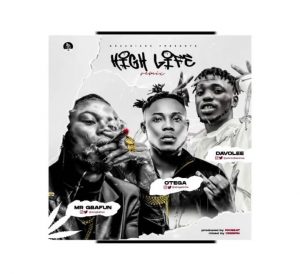 The rapper who dished out the original version of the song earlier this year partnered with Otega and ex YBNL rapper, Davolee to do justice to this high tempo afro pop. The song is basically a Mr Gbafun story of how he smokes to get high.