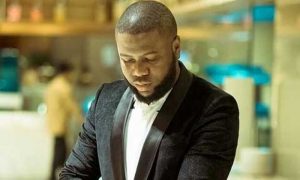 According to kemi, the News can not be broken by the US police because of a certain HIPAA rule which restricts them from doingso.

Hushpuppi who was recently extradicted to the US after being arrested by the dubai police has now reportedly contracted the word’s deadlies virus.

He is currently being held in one ofthe states most credible holding facility.