Chioma Has Moved Out Of Davido’s House – Kemi Olunloyo 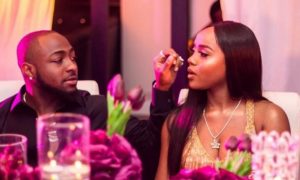 Controversial Nigerian journalist Kemi Olunloyo has reported the state of things between Chioma and Davido.

As a precursor, some days ago it was reported that Davido now has another child with a London-based makeup artist by name Larissa Yasmin Lorenco.

Larissa was reported to have delivered a baby boy for the Nigerian music superstar.

Following the news, Davido’s fiancee Chioma is distraught and has allegedly moved out of Davido’s house.

Kemi Olunloyo made the report in one of her tweets as she revealed the state of affairs between Davido and Chioma.

Chioma has moved out. Off to Igboland. Currently at the motorpark