A four-year-old nursery pupil has recounted her sordid ordeal she experienced with her school uncle who stripped her of her innocence and raped her repeatedly while in school.

A quite heartbreaking video which recently hit the internet, shows the little girl narrating her sad encounter with the rapist identified as Elias.

The four-year-old revealed how her school uncle, Elias assaults her whenever she comes to school, and how he manhandles her private part. 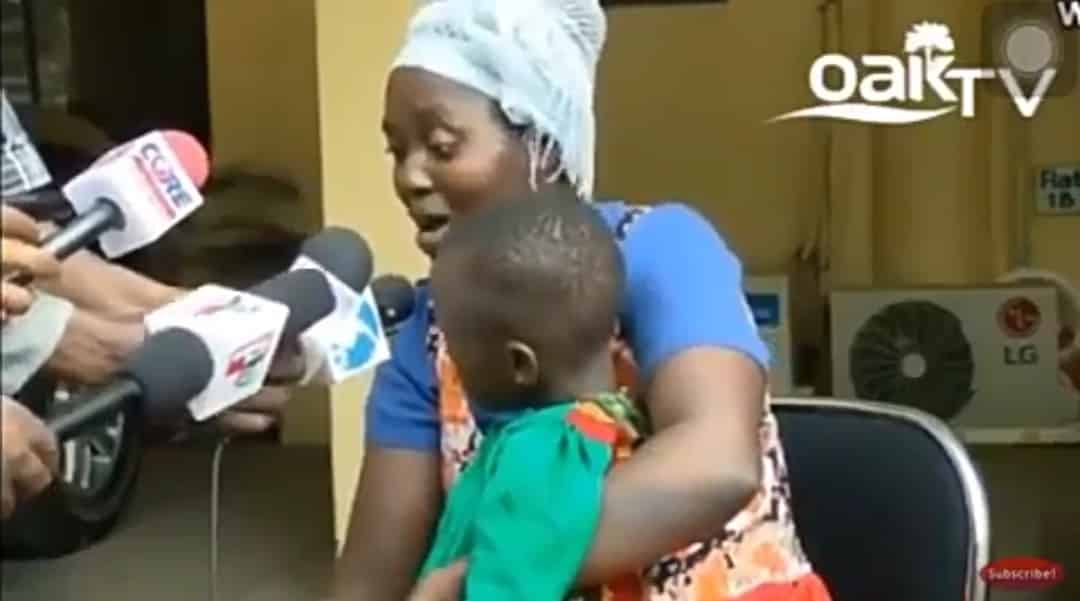 The mother of the rape victim, identified as Ayele Esther also shared details of her daughter’s encounter — she shared how her daughter sustained injuries on her private part due to the sexual assault.

Esther who broke into tears while narrating the ordeal of her daughter, mentioned that the uncle usually lures her daughter with packets of sweets, and after raping her, he will warn her to keep quiet about the incident.

Watch the sad video below,