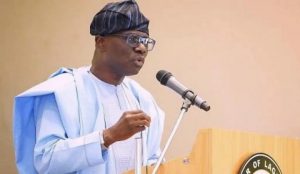 The Lagos government has approved the establishment of the State Cash Transfer Unit (SCTU) for the National Cash Transfer programme, TheNation has revealed.

The report stated that the news was made public by the State Commissioner for Wealth Creation and Employment, Mrs. Yetunde Arobieke on Thursday in Lagos while rendering the account of activities of her ministry within the last one year to commemorate the first year anniversary of the Governor Babajide Sanwo-Olu led administration said in a matter of weeks, the payment of the beneficiaries cleared in the first phase of the programme in the State’s Social Register (SU) would commences.

She said 8,147 cleared beneficiaries from the SU of poor and vulnerable households are from six local government areas and 40 wards.

She said they will pay the conditional cash transfer of N5, 000. The amount is per household monthly in the first phase.

She added that the mapping activity to capture all the poor and vulnerable households in other local government areas is ongoing and these households will be covered as soon as their data is made Ava by the State Operation Coordinating Unit.

To ensure enrollment of beneficiaries, she said the ministry in collaboration with the National Cash Transfer Office, Abuja had organised training for cash transfer facilitators from various local government areas in the state on data and biometric capturing.

Also, Mrs. Arobieke said the government is establishing industrial hub to boost jobs in skill development and entrepreneurship, adding it is intended help the youths to get more employment opportunities.

She explained that the industrial hubs will target clusters in leather, wood and fish preservation with the intention to promote production of finished good.

Apart this, she said the government is planning a robust artisans virtual database.