Six Drown In Cross River While Returning From Funeral | Naijajoy 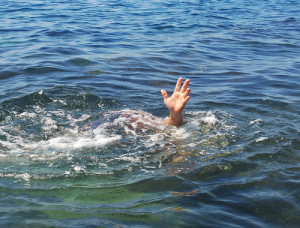 At least six persons drowned when a boat conveying them and other passengers capsized in Ogurude, Obubra Local Government Area of Cross River State.

According to sources in the area, the victims were returning from a burial in a village on the other side of the Cross River when the accident occurred.

A teacher in the village, who identified himself as Ignatius Okpa, stated, “The canoe was overloaded. Some people were advised to stay back, but they insisted on going and the boat helmsman, who was eager to collect money, allowed more than the required number to board and mid river, the boat capsized.”

He also said the victims were not indigenes of the area but visitors, who came from Akamkpa, another local government area, for a burial in the community.

“They came from the Akamkpa Local Government Area to attend the burial of the father of their friend. They were unable to swim when the boat capsized. The helmsman and others from the area swam to safety, while the visitors drowned,” Okpa stated.

He said divers had recovered some of the bodies, while the search for the others was continuing.

Okpa blamed the incident on the non-availability of a boat donated by the state government due to a fault, adding that it was abandoned at the shore of the river in Ogurude, a situation that had left travellers with fewer boats with the attendant overloading of the canoe that capsized.